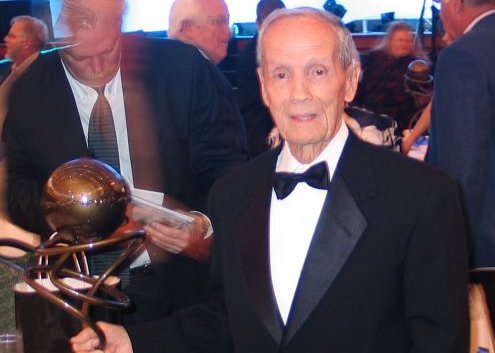 On July 30, 2004, the 2004 World Ability Awards Gala began in the Grand Ballroom at Navy Pier in Chicago, Illinois. During the charitable event, hundreds of industry leaders from across the country came together. The purpose of the event is to recognize the accomplishments of those people who create new freedoms for people who have a disability. Notably, the most prestigious award of the night went to Adam Kissiah, who won a World Ability Award for his invention, the Cochlear Implant.

About the Award Presentation

Lt. Col. Brian Birdwell was a survivor of the September 11 Terrorist attack on the Pentagon. Also, he is the Deputy Superintendent of the Bureau of Strategy and Accountability of the Chicago Police Department. During the prestigious event, Lt. Birdwell presented the World Ability Award for an Individual to Adam Kissiah, Jr.

In the 1960s, Adam Kissiah began to experience hearing loss. As a NASA engineer, he leveraged his education and experience in electronics. He became self-motivated to study and research the disciplines of hearing and acoustics. The Kennedy Space Center Library provided a wealth of sources for detailed study in the fields of both hearing and acoustics, and through his research and development, he proposed a design for successful transmission of “intelligence” to the hearing center of the human brain.

Adam Kissiah’s Patent provided the basic engineering specification for all Cochlear Implants, which are surgically implanted electronic hearing devices that restore the ability to hear a sound and understand speech. The implant is a prosthetic replacement that circumvents damaged cells. It provides direct stimulation to hearing nerve fibers in the inner ear.

Other nominees in this category include Marc Buoniconti, Judy Huemann, Robert Kilbury, and Sam Schmidt.

Learn more about Adam’s invention or leave a comment below.

The Social-Emotional Impact of the Cochlear Implant on Children

History of the Cochlear Implant

What is a Cochlear Implant and How Does it Work?