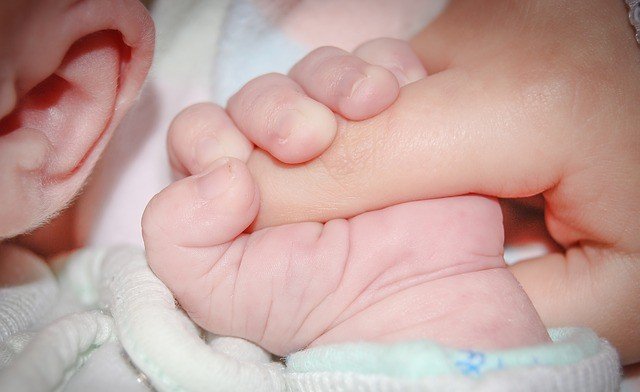 This article provides an overview of the emotional impact of the cochlear implant on children. Also, it discusses the social impact and the subsequent effects it may have.

This study examined whether deaf children with cochlear implants differ in perceived acceptance and competence as compared with their peers who have normal hearing. Participants in the study included eight deaf children, ages five to six years old. Each of the children received a cochlear implant at the New York University Cochlear Implant Center. They received it at least one year prior to participation.

The findings of the study also suggest that “children with cochlear implants do not differ from hearing children on any self-perception scales.” Children with cochlear implants who perceive themselves in a generally positive manner interact more. In addition, they have more verbal exchanges, and initiate more new topics when engaged in a social relationship with a hearing peer”.

The deaf community objects to the “forced“ lack of continued exposure to American Sign Language (ASL), and a resulting “cultural genocide” attitude in the Deaf world. The Journal of the American Medical Association Medical News (JAMA) in the May 2012 issue of the archives of Otolaryngology-Head and Neck Surgery reported that the objection to implantation of deaf children is diminishing. There is still much opposition today but is the attitude is softening.

As the trend for cochlear implants in children grows, deaf-community advocates have tried to counter the “either/or” formulation of voice versus sign language to a “both/and” approach. Some schools now are successfully integrating cochlear implants with sign language into their educational programs. However, some opponents of sign language education argue that the most successfully implanted children are those who are encouraged to listen and speak rather than overemphasize their ASL skills”.

The American Medical Association (AMA) and the American Academy of Otolaryngology-Head and Neck Surgery consider the cochlear implant to be viable, even standard treatment for profound deafness for children.

The concern after implant of children is the unknown territory of what is the best training routine for the child, whether simply “mainstreaming with other children”, with oral training in the normal population, or is a strict, specialized routine required?  The reality is somewhere in between, considering the “developmental age” of the child and whether the child has become proficient in sign language or other means of communication.

All new implantees require monitoring by professional trainees (teachers) and significant involvement by parents. Many children will not have access to other deaf children. Also, they don’t have and exposure to sign language, and eventually acquire “normal” levels of education and rates of learning.  Others require on-going special education and assistance.

Gallaudet University, considered to be the “Harvard “of the Deaf community, is watched closely by all sides in the debate for its position on cochlear implants. Mercy Coogan, Director of Public Relations at Gallaudet, says the university doesn’t have a stand on cochlear implants. “We try to be a forum where people can look at it objectively,” Coogan says. “A university is where you debate issues, and then make judgments based on that debate”.

“Clearly, many people in the deaf community, including faculty, staff, students and alumni at Gallaudet University are much more open-minded about cochlear implants today than they were five or ten years ago, although some still question implants”, the authors explain.” To ensure optimal use of the cochlear implant, parents need to remain involved in their child’s social and educational development”.

Nancy Bloch, The National Association of the Deaf, said, “The NAD takes no position on adult implantation for this is believed to be an individual choice”. The NAD recently released a new position statement on cochlear implants, which can be found on the NAD web site. ”The NAD recognizes the right of parents to make fully informed decisions on behalf of their deaf children with regard to implantation.

Implants are seen as the panacea for deafness, which only serves to perpetuate the devaluation of societal attitudes towards deafness and deaf people. Simply put, while the device provides the ability to receive auditory signals, the ability to make sense of and use these signals for meaningful dialogue varies greatly from person to person”.

“I disagree that cochlear implants are viewed as a panacea. AG Bell, implant centers and professionals in the field always emphasize that families that pursue this option for children must be prepared for the work that follows to make full use of the technology.

Additionally, those of us familiar with cochlear implants (and I count myself among those, both as a cochlear implant user and as someone who has advised hundreds of families) know that the cochlear implant is a tool to communicate and that it does not provide normal hearing.

I don’t understand why some deaf people feel that because individuals and families have pursued the cochlear implant option their choice somehow devalues others’ choices for manual communication.”

If you have any questions about the impact of the cochlear implant on children, please post a comment below.